The Danger Of Diesel Generator Set Emergency Stop With Load

When the diesel generator starts cold, due to poor mobility, high oil viscosity, and lack of oil supply from the oil pump, the friction surface of the machine is poorly smooth due to lack of oil, resulting in sharp wear and tear, and even problems such as cylinder pulling and tile burning. Therefore, after cooling and starting, the diesel generator diesel engine should run at idle speed to increase the temperature. When the temperature of the standby oil reaches above 40 째 C, it should be operated with a load; the machine should be started with a low-speed gear and driven in each gear for a period of time until the oil temperature is normal, After the fuel supply is sufficient, it can be converted to normal driving. 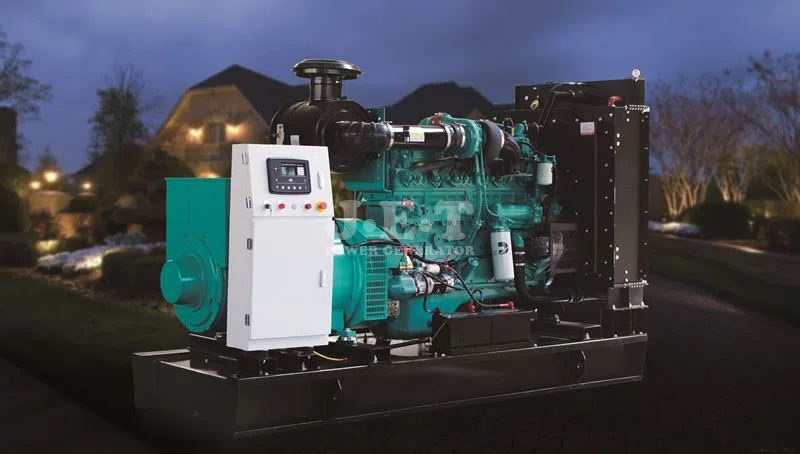 Running under the condition of lack of cooling water or excessively high temperature of cooling water and engine oil-the lack of cooling water of diesel generator will reduce its cooling effect, and the diesel engine will overheat due to lack of effective cooling; the oil temperature of cooling water and engine oil will be too high High, will also cause the diesel engine to overheat. At this time, the cylinder head, cylinder liner, piston assembly and valve are mainly subjected to a large heat load, and their mechanical properties such as strength and toughness drop sharply, which increases the deformation of the parts, reduces the fit gap between the parts, and accelerates the wear of the parts. There will also be cracks and stuck parts. Excessively high temperature of diesel generator cooling water and oil will accelerate the aging and burning of the oil, and the viscosity of the oil will drop. The conditions of the cylinder and the piston and the main friction pair will deteriorate. Overheating of the diesel engine will also worsen the process of extinguishing the diesel engine, causing abnormal operation of the fuel injector, poor atomization, and increased carbon deposits

Sudden shutdown with load or shutdown immediately after unloading the load-the cooling system water circulation is stopped after the diesel generator is turned off, the heat dissipation can be sharply reduced, the heated parts lose cooling, and the cylinder head, cylinder liner, cylinder block and other mechanical parts are easily overheated , Cracks occur, or the piston shrinks excessively and gets stuck in the cylinder liner. On the other hand, when the diesel engine is shut down without idling to cool down, it will make the friction surface lack of oil, and when the diesel engine is started again, it will increase the wear due to poor smoothness. Therefore, the load should be removed before the diesel engine is turned off, and the speed should be gradually reduced and run at no load for a few minutes.

Before the unit is shut down normally, first separate the load, and then run the unit without load for a certain period of time, let the unit be fully cooled and then shut down. For some units that have a shutdown valve installed, it is invalid to use the unit to stop the control panel key switch. of. For proper shutdown operation, you must press the shutdown button to stop the unit when the control screen is powered on.